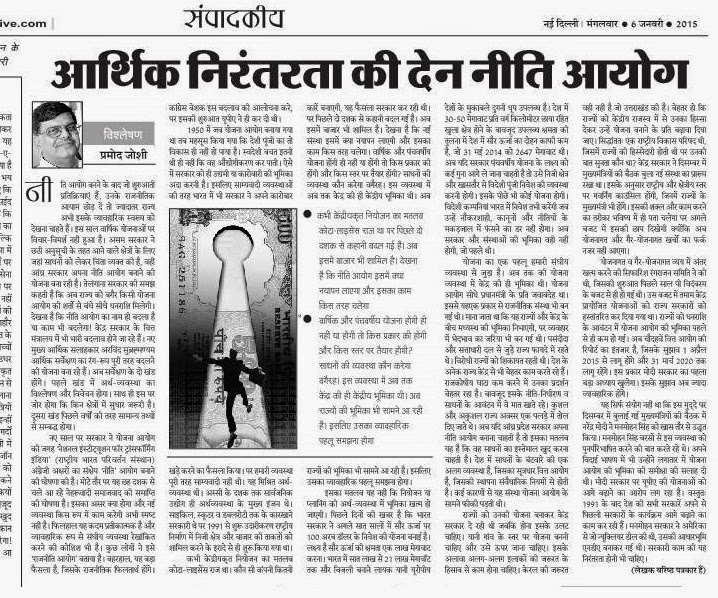 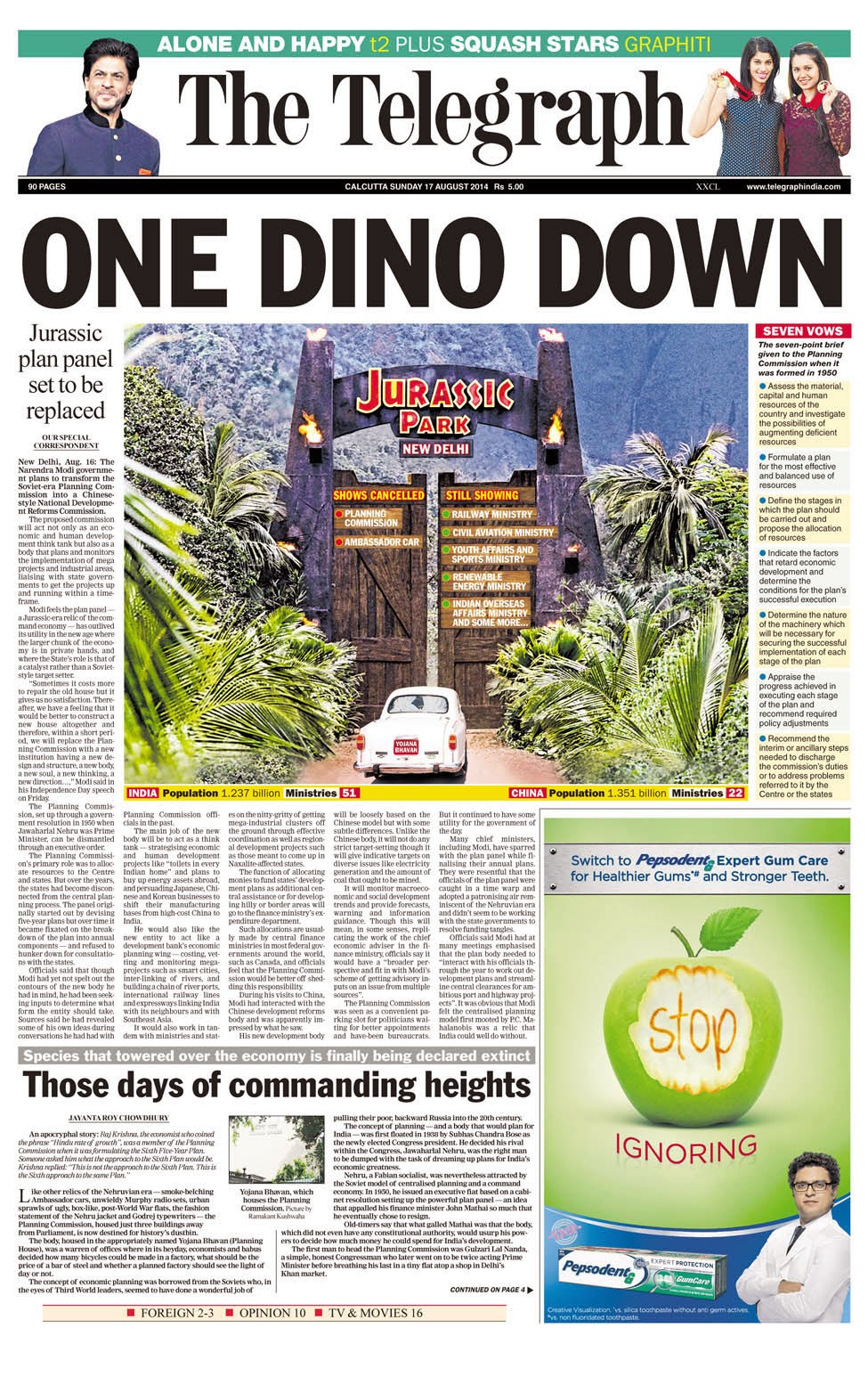 ONE DINO DOWN
- Jurassic plan panel set to be replaced

The proposed commission will act not only as an economic and human development think tank but also as a body that plans and monitors the implementation of mega projects and industrial areas, liaising with state governments to get the projects up and running within a timeframe.

Modi feels the plan panel — a Jurassic-era relic of the command economy — has outlived its utility in the new age where the larger chunk of the economy is in private hands, and where the State’s role is that of a catalyst rather than a Soviet-style target setter.

Those days of commanding heights
- Species that towered over the economy is finally being declared extinct JAYANTA ROY CHOWDHURY
Yojana Bhavan, which houses the Planning Commission. Picture by Ramakant Kushwaha An apocryphal story: Raj Krishna, the economist who coined the phrase “Hindu rate of growth”, was a member of the Planning Commission when it was formulating the Sixth Five-Year Plan. Someone asked him what the approach to the Sixth Plan would be. Krishna replied: “This is not the approach to the Sixth Plan. This is the Sixth approach to the same Plan.” Like other relics of the Nehruvian era — smoke-belching Ambassador cars, unwieldy Murphy radio sets, urban sprawls of ugly, box-like, post-World War flats, the fashion statement of the Nehru jacket and Godrej typewriters — the Planning Commission, housed just three buildings away from Parliament, is now destined for history’s dustbin.

Email ThisBlogThis!Share to TwitterShare to FacebookShare to Pinterest
Labels: The Telegraph, योजना आयोग 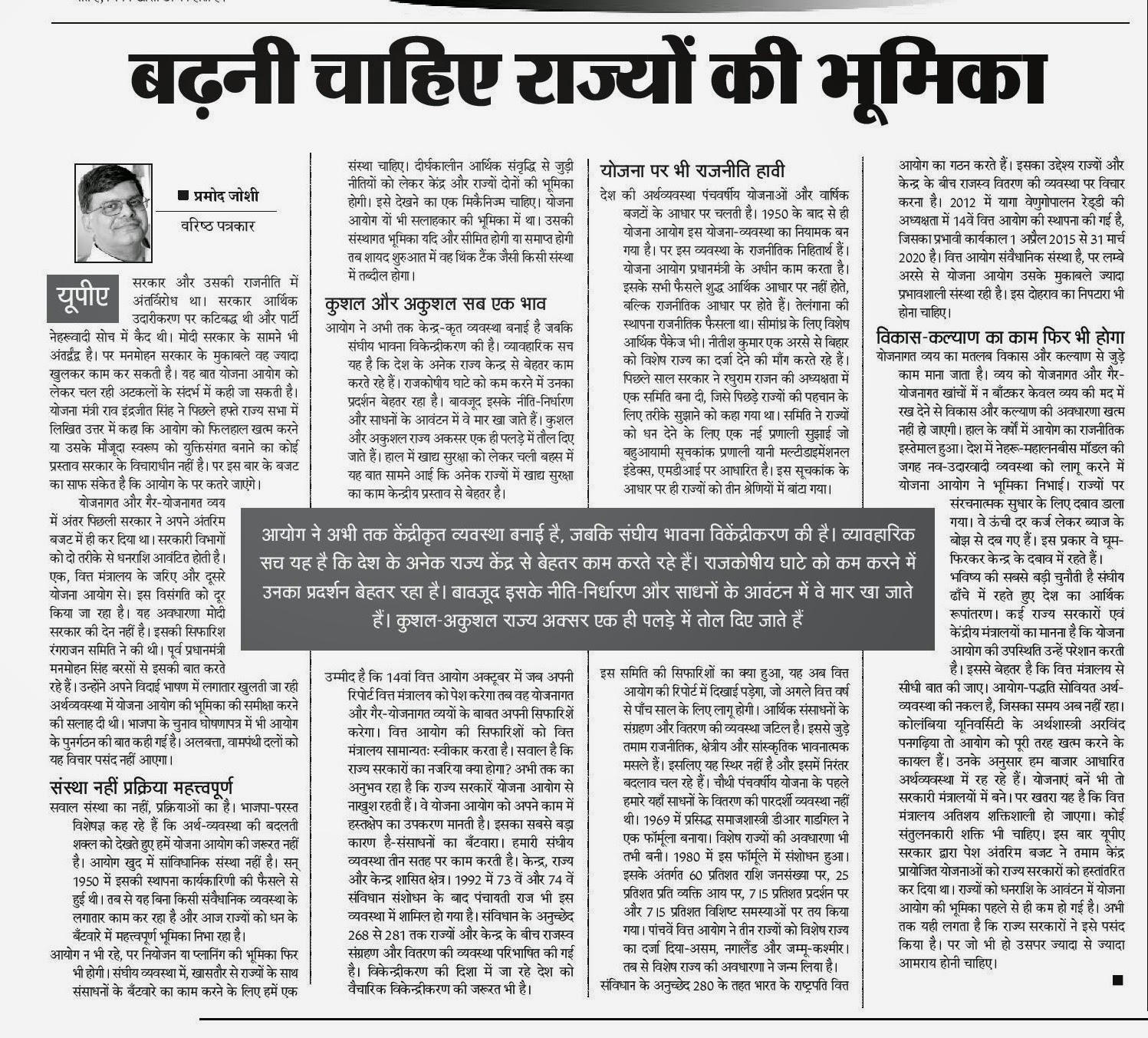