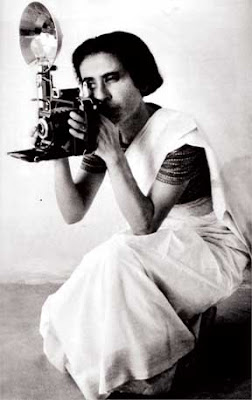 A 96-year-old 'first woman press Photographer' Homai Vyarawala staying in the city, has sold her 55-year-old original Fiat car for buying Tata's Nano car launched yesterday. Vyarawala said that she has sold her Fiat car to a vintage car lover in Mumbai after she found it difficult to get it repaired. She said that the Fiat car was imported from Italy 55 years ago and was brought to India through sea route. Homai Vyarawala, India's first woman press photographer.Vyarawala, a 'first woman press photographer' has clicked photographs of prime minister Jawaharlal Nehru, Indira Gandhi, Morarji Desai and other dignitaries and foreign dignitaries visiting the country. Her album contains photographs clicked by her. Vyarawala said, "I will book Nano car whenever its registration begins in the city and wait for my turn to get the car." The allotment of car is to take place by draw and she is hopeful of emerging luckier in getting this car, so that she could drive the car. "She, however, made it clear that she is not in favour of approaching Ratan Tata to get this car out of turn. She has been staying alone in her residence in the Nizampura locality of the city. Copyright: HT Media Ltd.
इनके बारे में एक और पुरानी पोस्ट देखें- 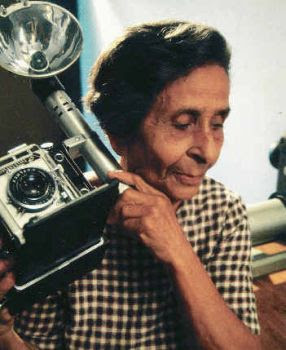 She is India’s first woman photojournalist. In the 1940s and ’50s, her sari-clad figure is said to have been a familiar figure in Delhi, bicycling from assignment to assignment. She was paidone rupee (2 cents) for each of her first eight pictures published in The Bombay Chronicle in 1938.
Today, Homai Vyarawalla is 96 years of age. She was born in 1913. She met husband-to-be Maneckshaw when she was 13. Her first car’s licence plate was “DLD 13″. She sold her 1955 Fiat, her partner for 55 years, two months ago to lay her hands on the world’s cheapest car, the Tata Nano.
Tata Motors put her name on a priority list for the delivery of the car. Central Bank of India sent its clerk to collect the deposit amount of Rs 95,000. The first Tata Nano was delivered to a customer on July 17.
Ms Vyarawalla, who lives in Baroda, waits in eager anticipation:


“I stay alone and do everything on my own. I get things for myself from the market, and it is easier when you have a car. It is good on the company’s part which realised my urgency and came forward to offer it.”

Ms Vyarawalla still takes a few pictures, but as she said in a2006 interview:


“I am busy getting old. Though I like to take general photographs of streets and common people, I am not into political photography in a milieu where dignity and discipline are no longer a virtue.”