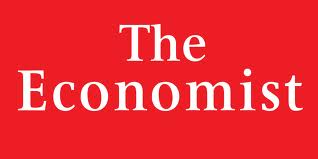 A welcome slap in the face
After India’s equivalent of mid-term elections, prospects dim for Congress and economic reform. But Indian democracy is in rude health
Voters, too, seem to like it. Turnout soared everywhere. In UP it rose from 46% in 2007 to around 60%. Elsewhere it reached 80%. An extra 24m people voted in the five states. That undercuts populist supporters of Anna Hazare, an anti-graft campaigner, who last year suggested that elected politicians are discredited in India. It is encouraging, too, that women are ever keener to take part: in all five states, female voters substantially outnumbered males.

Read more
A welcome slap in the face : The Economist

The Politics of Pandering in India

Congress was supposed to be the party that transcends narrow caste, religious and parochial interests, but in his campaign Gandhi appealed to distinct communities of voters across the state. Clearly, not everyone was buying. As a Muslim politician from the eastern part of the state said to me last month, “If they think they’re fooling anyone, they’re fooling themselves.”

Congress was tone-deaf, perhaps not having realized the electorate has changed. “Our voter is no longer confused,” an editorial in the Indian Express noted. “Nor is she a prisoner of narrow-focus prejudices and loyalties.”

And so despite a reputation for lawlessness and parochialism, the Samajwadi Party, a 20-year—old socialist party founded by a former wrestler, won in every region across the state and now enjoys a broad mandate. In recent years, it advocated removing computers from government offices to increase employment. This time around, it promised a free wireless tablet to teenagers who do well in school — one of many expensive giveaways it will now have to make good on.

Has Rahul learnt his lesson?

Jawed Naqvi in The Dawn
Someone gave Rahul Gandhi a piece of paper to tear up angrily at a public. Nehru and Indira Gandhi used to get away with such tantrums. In fact, their quirks were indulged by the masses. Times have changed. Rahul Gandhi kept mocking the Dalit party’s mascot, the elephant, as a symbol of corruption as if the Congress and the BJP were unblemished by corruption.
Rahul Gandhi didn’t address the real elephant in the room — his party’s palpable political bankruptcy. Is that too difficult a lesson to learn?
Read more
The Dawn
at 12:00 PM