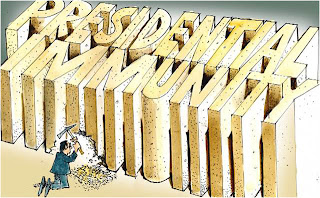 Editorial By Najam Sethi
Wither vs whether Pakistan
The adage that you can't judge a book by its cover is apparently not true in the case of Pakistan. Consider the following top ten recently published books on Pakistan: (1) Pakistan: Beyond the crisis state; (2) Playing with fire: Pakistan at war with itself. (3) The unraveling: Pakistan in the age of jihad; (4) Pakistan on the brink; (5) Pakistan: Eye of the storm; (6) Deadly Embrace: Pakistan, America and the future of global jihad; (7) Fatal Fault Lines: Pakistan, Islam and the West; (8) Pakistan: the most dangerous place in the world; (9) Pakistan Cauldron: conspiracy, assassination and instability; (9) Pakistan: The scorpion's tail; (10) Pakistan: terrorism ground zero. To top it all, The Future of Pakistan, which is a collection of essays by noted Pakistan-hands, makes bold to provoke the debate of "Whither" vs "Whether" Pakistan.

The critical questions that need to be asked as factors shaping the future of Pakistan may therefore be noted. Will the National Security State based on an India-centricity that is defined, articulated and practiced by the prevalent military power continue to dominate the narrative of Pakistan as it has done for six decades with disastrous consequences? Will the blowback of civil war and foreign intervention in Afghanistan come to hurt and haunt Pakistan as a consequence of its regional policies and alliances? Will the Pakistan army's evolution as a home-spun, religio-political, anti-American entity hurt the national interest? Will the economy's stagnation and foreign-dependency deny the imperative of popular upward mobility and relatively equitable distribution of resources and incomes? Will India's gain and Pakistan's loss of American support in the future exacerbate the internal and external pains of Pakistan? Will Pakistan's internal political dynamics lead to gridlock, instability, anarchy and progressive state breakdown?


Please, not again
Saroop Ijaz in Express Tribune of Pakistan

The writer is a lawyer and partner at Ijaz and Ijaz Co in Lahore saroop.ijaz@tribune.com.pk

The Pakistan Supreme Court has sent an elected prime minister home. This in itself is disturbing, however, permissible it may be under some circumstances. What is infinitely more worrying is the fact that the Supreme Court did not feel itself constrained by the procedure of law. The argument that the order of the Speaker cannot overrule the Court is a very decent one, yet does not explain why the Court ignored the clear provisions of the Constitution to send the matter to the Election Commission of Pakistan. There is also the issue of the three-member bench making a mockery of the seven-member bench. However, there is a vaguely linear progression to all of this. The Supreme Court terminated the employment of  “PCO” judges without reference to the Supreme Judicial Council, which was allowed to go unexamined. More recently, when memberships of members of parliament were suspended for dual nationality, again without reference to the Election Commission of Pakistan, not enough noise was created. Demagogy has a tendency of being incremental sometimes; they have tested the waters and now found it appropriate for a splash. It is likely to get worse now, it always does.


Even now there is a curious reluctance to unequivocally condemn, or mildly speaking, criticise the judgment of the Supreme Court. Yousaf Raza Gilani and his maladministration is not the issue here, the issue is considerably more fundamental, namely the right of the people to elect their representatives and also to send them home. The Supreme Court does not represent the will of the people and the Court repeatedly saying so to the contrary would not change that. Let me also say this about the law of contempt, if the Court in fact does believe that it represents the will of the people then it will have to make its peace with the fact, that people talk and also talk back.

The problem with the perception of selective justice is that it compromises all justice. The contempt proceedings against the corps commander at the time of November, 2007 emergency have not really taken off, the IG FC has still not appeared in Court, the Asghar Khan petition is still pending, the case of Dr Arsalan Iftikhar is not being heard daily (the cynic might also raise the issue of the timing of the PM’s disqualification as a diversionary tactic from the focus on the fantastic entrepreneurial success of Dr Arsalan Iftikhar). Remaining on timing, does anyone else find it strange that the arrest warrants of one of the designated candidates for prime minister are issued as soon as his name is proposed? It does push the ordinary serendipity of coincidence a bit. None of this maybe personal, however, it certainly gives that impression.


Pakistan's judiciary is starting to care less for the rule of law than the sound of its own sermonising voice. Which suits the military


In the past, Pakistan's supreme court has hanged an elected prime minister on trumped-up charges, sentenced another to life imprisonment and forced several career politicians into exile. So the disqualification of the prime minister, Yousuf Raza Gilani, on contempt-of-court charges should be seen as a step forward. Nobody died, right? The Pakistan Peoples' party and its coalition partners now have another prime minister in the shape of Raja Pervez Ashraf. Pakistan's supreme court will thump its chest and say we have proved that the law is the same for a commoner and a king. Pakistan's all-powerful army will say: look, no hands. So why are Pakistan's human rights activists calling it a judicial coup and warning us that the whole democratic facade is about to be pulled down?


Political decisions used to be made in the Pakistani army's HQ. But the action has shifted to court one of the supreme court, in full view of the public, with judgments framed and delivered like soundbites for the primetime news.


Since being restored to his job after being sacked by President Musharraf in 2009, the chief justice, Iftikhar Chaudhry, has been betraying an evangelical streak in his pronouncements. Maybe he feels that, with a country full of self-righteous zealots, he needs to adapt their tone. Or perhaps he is one. He doesn't wait for the petitioners to come to the court, he watches TV and acts on his own cognizance. Even the half of Pakistan that can't read or write will tell you what a suo motu is.


The military, indeed, sulking after a series of humiliations at home and abroad, is watching from the sidelines. Some would say it's even gloating at the prospect of civilian institutions cutting each other down to size, traditionally its job.
For full article Q  The Guardian

First days of the Raja


The temperature in Pakistan’s hyper-activist Supreme Court must have reached boiling point after Raja Pervez Ashraf was chosen on June 22nd as the candidate of the ruling Pakistan Peoples Party (PPP) for prime minister. His predecessor, Yousaf Raza Gilani, was thrown out of the job this week by their Lordships.

The PPP had initially chosen Makhdoom Shahabuddin, an aristocratic former health minister, as the next prime minister, on June 20th. But by the following day it had to hurriedly ditch him, after a warrant was issued for his arrest. While he was health minister, the ministry approved the import of a huge quantity of a chemical that can be used to manufacture ecstasy pills and other narcotics. By Friday, instead of walking into Prime Minister’s House, Mr Shahabuddin was in court, seeking pre-arrest bail.

Some in Pakistan see even darker clouds ahead. The appointment of Mr Ashraf will also not impress the military, which is the ultimate arbiter of Pakistan’s political process. The timing of the move on Mr Shahabuddin was seen as highly suspicious, not least by him. The Anti-Narcotics Force, which is headed by an army general, is pursing Mr Shahabuddin.

Conspiracy theorists—which includes most people here—think the object is to force early elections or even create such chaos that an excuse will be found to impose an unelected government of technocrats, by the military and courts working together. Elections have to be called by March 2013 anyway.
For full article QThe Economist

Email ThisBlogThis!Share to TwitterShare to FacebookShare to Pinterest
Labels: Pakistan