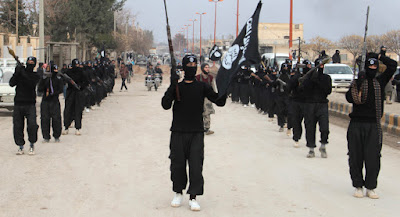 Introduction
The self-proclaimed Islamic State is a militant movement that has conquered territory in western Iraq and eastern Syria, where it has made a bid to establish a state in territories that encompass some six and a half million residents. Though spawned by al-Qaeda’s Iraq franchise, it split with Osama bin Laden’s organization and evolved to not just employ terrorist and insurgent tactics, but the more conventional ones of an organized militia.

In June 2014, after seizing territories in Iraq’s Sunni heartland, including the cities of Mosul and Tikrit, the Islamic State proclaimed itself a caliphate, claiming exclusive political and theological authority over the world’s Muslims. Its state-building project, however, has been characterized more by extreme violence, justified by references to the Prophet Mohammed’s early followers, than institution building. Widely publicized battlefield successes have attracted thousands of foreign recruits, a particular concern of Western intelligence.